The corona virus outbreak which started out in mainland China is considered as ‘deadly’. The international community is gripped with fears there is a constantrise in the cases of this virus. The world leaders are, presently, struggling to contain the virus. This epidemic (2019-nCoV)has affected mainland China along with few cases in around 27 countries globally.

This virus was identified in Wuhan, in the Hubei province in China after around 41 people were diagnosed with pneumonia sans any clear cause. This virus is capable of spreading from one individual to another.

This particular strain of Corona Virus is one virus which has never before been encountered. This comes from animals. Those who were affected initially either shopped frequently or worked in the wholesale seafood market of Wuhan. This market also sold slaughtered and live animals.

There have been reports that 40,170 more people have been affected with this virus since the time the first cases were reported. There are almost 37 cases from other countries. This disease, though confined to China, has reached as far as Germany, US, France, Japan, South Korea, Canada, UK, Finland, United Arab Emirates and Australia. There have been around 900 deaths due to the Corona virus in China, which exceeds the number of deaths due to the SARS outbreak in the year 2002 – 2003.Reportedly there are two deaths outside China, one in Philippines, of a 44 year old man who was a Wuhan resident and a man of 33 years in Hong Kong, who had traveled to Wuhan by train in the month of January.

The Chinese Government has made all possible efforts to contain this Corona virus by placing the affected cities under quarantine. There is a ‘lock-down’ in Wuhan, Beijing and other places which have maximum cases of this virus.

How did the Corona virus start?

Reports suggest that this Corona virus (2019 –nCoV) originated from the seafood market in Wuhan where wild animals, including birds, bats, marmots, snakes and rabbits are illegally traded. As this corona virus jumps from the animals to humans, it is thought that the first people infected by this virus were the stall holders of the market.

What exactly is the Corona virus?

A group of viruses that infect both, animals and humans, are known as corona virus. This virus leads to respiratory illnesses in humans which can range from the common cold to more complicated infections.

SARS (Severe Acute Respiratory Syndrome) is one of the known cases of the corona virus. This was detected in Southern China in the year 2002 and spread to almost 26 countries. SARS infected around 8,000 people and led to 774 deaths. The Novel corona virus has surpassed the figures of SARS.

The symptoms of the Wuhan corona virus are most often mild, including headaches, runny noses, fevers and coughs. In some of the cases this has led to serious complications with the respiratory tract, including bronchitis and pneumonia. This is definitely dangerous in those who have existing health conditions or the older generation. The Chinese reported that almost two-thirds of the people who have been killed by this disease were men who are more than 60 years of age and were suffering from pre-existing health problems like cardiovascular disease or diabetes.

How far has Corona virus Spread?

The virus has affected China the most. As on the 10th February 2020, 908 deaths and almost 40,200 cases of this virus were reported by the Chinese government. The hardest hit by this virus is the Hubei province, with almost 29,600 cases and the maximum number of deaths. The disease has spread to each and every province of China. The Chinese have reported that almost 475 people have recovered from this deadly virus.

The number of cases of this corona virus infection seems to be rising in China but the other countries seem to be more stable with less transmissions. Europe reported the first case of human-to-human transmission of this virus in Germany on 28th January. The other cases reported from Vietnam, Japan, Taiwan and United Kingdom involved people who had not visited China.

The WHO, on 31st January 2020, declared a public health emergency internationally where this virus is concerned. The decision to declare the corona virus as an internationalemergency by the health agency is due to multiple factors which include the number of cases of human-to-human transmissions and the outbreak in China.

Around the world and also in China, the health authorities are making maximum efforts to stop the spread of this virus. The Chinese government has introduced quarantines, travel-restrictions and also outdoor restrictions, which requires the families to stay at home. Many countries have issued specific warnings against traveling to Hubei, Wuhan and China. Those who have travelled to China have been asked to monitor their health for a minimum of two weeks. Anyone suspected of being infected with this virus needs to wear a face mask and also seek medical advice. It is advisable to call a doctor instead of visiting the clinic.

Stations and airports have implemented health declarations, temperature check and signage of information to help identify the carriers of this deadly virus.

Those infected might have mild or severe symptoms or even be asymptomatic. The symptoms include fever, cough, runny nose or probably shortness of breath and diarrhea. Severe cases are prone to pneumonia, kidney failure and even death.

Corona viruses spread through droplets which are expelled when an individual who is infected sneezes or coughs within a range of 1.8m (6 feet). This can also contaminate different surfaces like the railings or door handles. This virus can stay stable on surfaces for a few hours but is not able to stay in the air around.

It is important to take the required precautions to prevent the corona virus infection.

Symptoms and Risks of Corona Virus 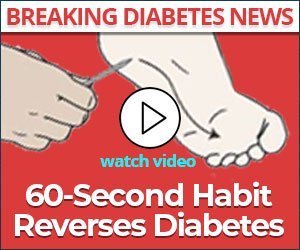